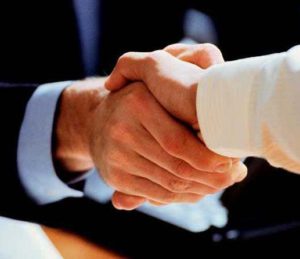 Okay, so you’ve just started in business and all of your confidantes tell you that you must network to get the word out about your products or services.  Or, you’re a seasoned entrepreneur who has noticed the marketing strategies that served you well in the past just don’t seem to be cutting it anymore, so your business coach suggests getting back on the networking bandwagon to rejuvenate your business.  Or, you are a recent college grad, looking for your first professional stint and your career counselor told you, “It’s not what you know, but who you know” to land that first job.  What do you do?

The one common thread in each of these scenarios is networking.  Many of us would rather remove our own appendix without anesthesia than attend a networking event, but there are some tactics we can suggest that may make the event tolerable and dare we say it, even enjoyable.

Have a Specific Goal in Mind

Rather than going into the lion’s den with the intent of collecting the most cards and making superficial small-talk, plan ahead to have 2 or 3 meaningful conversations.  And guess what?  They don’t have to be about you!  In fact, they shouldn’t be about you.

Start the conversation with a question about the other person – and make it something other than the extremely trite “so what do you do?”  Ask them about their family, what interested them about the event, their interests, even ‘did you watch that game last night’, anything to prime the conversational pump.  Making it conversational rather than eliciting a potentially rote, robotic like 60 second commercial will put you both at ease.  And mine the responses for ways to continue the conversation and engage the other person.  Since we do business with people we know, like and trust, developing that relationship rather than giving a salesy pitch may result in business that otherwise would be unlikely to occur.

Be A Part of the Action

If you hate to wander around aimlessly trying to find someone with whom to have a conversation, try offering to help.  Manning the registration table or being a table sponsor of the event will allow you to have a purpose to fulfill and will provide the entre to a conversation by default.  Plus – you demonstrate willingness to help, which will be remembered far better than just saying how helpful you can be.

Be selective in the events you choose to attend.  Don’t try to hit every single event out there and become known as the “serial networker”.  I once had a colleague who broke this rule (and the first one as well) by going to an average of 20 events per month and challenging herself to collect the most cards of anyone else on the networking circuit.  She created such a negative reputation that people would avoid her and the events she attended purposely.  People wondered when she would actually do the business part of her business if she was just seen as networking and not delivering.

We’ve all been there – the individuals who bring their personal posse’s and stand and talk amongst themselves the entire time, not opening their ranks to meet new people.  Sure, there is safety in numbers, but the purpose of networking is to expand your circle of influence to potentially gain more business.  By keeping in your comfort zone of the tried, true and familiar, you are missing out on the purpose of networking.

I make it a habit to look around the room and find that one person who looks like they are even more miserable about being there than I am – instant camaraderie of the shared dislike variety.  You can be each other’s lifeline to get through a least a portion of the event.

Many events, such as those organized through Meet-Up, give you information on attendees in advance.  Review the list and identify one to three people with whom you want to have a conversation and seek them out.  By targeting specific people, you are complimenting them by showing interest in them before you even meet – and who doesn’t like a compliment?

Okay, you’ve had those one to three meaningful conversations that will hopefully result in mutually beneficial relationships (the key is mutually), what to do next?  Develop a graceful exit, everything from “Hey, great getting to know you but I don’t want to monopolize your time” to “I think I’ll grab some food since the line is shorter.  Nice meeting you.”  will usually work to extricate you and allow you to move on.

You may think your brilliant conversations will be permanently etched in their minds, but the reality is most people will forget your witty puns in 48 hours or less.  Send a brief (preferably hand-written) note within a day or two with a comment about your conversation and asking for a follow up meeting or call.  You are likely to stand out employing this strategy rather than simply waiting for them to remember you and take action.

So go out there, armed with these strategies and conquer the next networking event along with your own fear and trepidation!